Find out more about the science of the scary.

By: Jessica Portner
Share: Share page on facebook Tweet this page
In the latest exhibition at NHM, get an up close look at the science behind classic horror films. Images from the iconic films, Creature from the Black Lagoon, Frankenstein, The Mummy, and Dracula. Courtesy of Universal Studios Licensing LLC.

Our Hollywood exhibition revealed the science of the scary.

Your senses will tingle as you hear about the scientific experiments and discoveries that inspired filmmakers to create four of the world‘s most iconic movie monsters: the Creature from the Black Lagoon, Frankenstein, the Mummy, and Dracula. Whether these classics spotlighted sinister figures lurking in the shadows or creatures waiting unseen beneath the water, one thing is true: Each larger-than-life character had a surprisingly rich real-world backstory.

The Creature from the 1954 film The Creature From The Black Lagoon
Courtesy of Universal Studios Licensing LLC.

The “Creature” from the 1954 film Creature From the Black Lagoon had multiple origin stories. One was based on a murky myth of a half-human, half- sh monster said to lurk in the Amazon River. A separate inspiration was the discovery of the coelacanth (thought to be extinct for more than 65 million years), which was pulled from the ocean alive in 1938, and appeared to be a missing link between life on land and at sea. You will see a reproduction of the cutting-edge suit designed by Milicent Patrick, which had gills that moved when it breathed (she looked to real living reptiles, amphibians, and fish, as well as illustrations of water-loving, long-extinct finned organisms when creating the fictitious Creature). The film director orchestrated grueling underwater shoots in order to bring what was marketed as “a daring adventure through treacherous waters” alive for audiences. 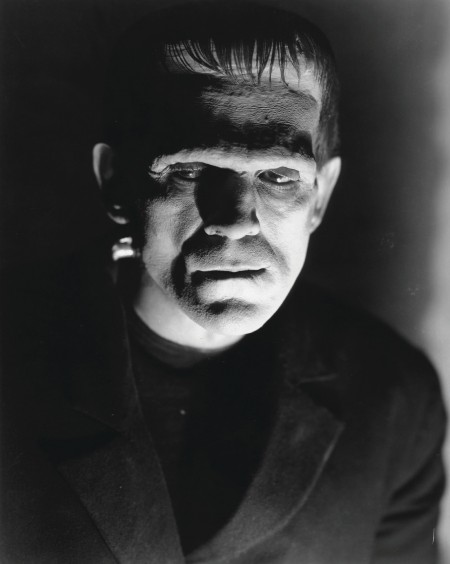 Visitors to the exhibition will also come close to the accoutrements of another embodiment of creepiness — Frankenstein. The 1931 movie is about Dr. Frankenstein, a scientist who brought a corpse back to life, which (here’s the twist) turned out to have a murderer’s brain. The character’s quest to reanimate the dead man was based in part on the work of Luigi Galvani—a real 19th-century scientist whose experiments in “animal electricity” captivated the public, including Mary Shelley, the author of the book Frankenstein. The exhibition features an interactive “lab” where visitors can step into the boots of a scientist as they try their hand at reanimation (of a frog, at least). Go ahead. Pull a lever. Harness electricity from a thunderstorm! Visitors can also see some key props that were donated to the museum‘s History Department, including metal shackles Dr. Frankenstein used to restrain the monster.

Boris Karloff in the titular role in the 1932 film The Mummy
Courtesy of Universal Studios Licensing LLC.

Our little Natural History of Horror exhibition also unwraps the origins of one of the most terrifying of screen legends: the Mummy. The film was inspired by the discovery of King Tutankhamun’s tomb, which was opened by archaeologists in 1922 after lying untouched for more than 3,000 years. The wonderful things inside — strange animals, statues, and gold — sparked an international obsession with ancient Egypt. However, the hieroglyphics on the tomb were mistranslated in news reports as curses, so when filmmakers put actor Boris Karloff in a sarcophagus and makeup, it was box-office gold. 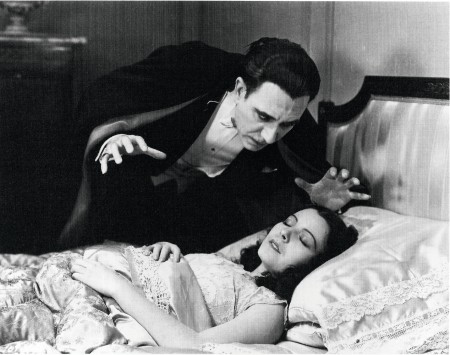 BLOODSUCKERS IN THE SPOTLIGHT

In the gallery, you will find Dracula in your midst (we warned you!) and immerse yourself in the vampire legends that were around for centuries before Bram Stoker published his mesmerizing novel of the same name in 1897. People blamed the spread of the plague, rabies, and other contagious diseases that raged across Europe on vampires, a theme that is called out in the exhibition through compelling paintings and illustrations of afflicted humans as well as the breakthrough medical discoveries. While it’ll be hard to pry yourself away from vampire lore, when you finally step back into the museum’s light-filled Grand Foyer, we foresee that you will have gathered even more ghoulish and geeky facts under your cloak.

Take a look behind the horror with artist, fashion designer, and filmmaker, Micheline Pitt.